Let’s talk a bit about reference. I’ve encountered many artists who insist on dreaming things up wholesale from the contents of their own head. That’s fine if you’re the owner, or it’s stylised completely or it’s a pure flight of fancy. For comic books, the quantity of abdominal muscles need not necessarily relate to normal human physiology. However…

…I do a lot of illustrative work for educational media and games. Over the years I’ve found that for client work, it’s vitally important that the metaphorical spade is a spade. It has to look like what it’s supposed to be, or an iconic representation the end viewer or client has to recognise.

Take a seat and let’s draw a…chair for example.

Before you leap into action and start drawing the chair you’re thinking of in your mind, just consider for a moment. What type of chair is it?

We all bring our unique mixture of knowledge and perspective into everything we create. Did you grow up with wooden chairs in your home? Stylised? Antique? Plastic? IKEA? Armchairs? Stools? High Back? Is it a school chair? What do school chairs look like these days? Suddenly a simple ‘chair’ is not so clear cut.

These are the things a professional illustrator needs to think about unless they want a slew of revisions after drawing a beautiful but ‘wrong’ image.

There’s absolutely no shame in collecting as much reference as you think you’ll need. It’s not copying (don’t do that, btw). It’s not cheating! You need to know what something looks like or people will spot straight away that ‘something’ isn’t quite right. Don’t assume the visual is waiting all perfectly formed in your memory. We’re not encyclopaedia’s, after all.

I’ve had to art direct teams in other countries and the problem of context was an everyday challenge. You can’t presume people will apply the same frame of reference to a description or even be familiar with the object in question. Cue ‘Dogs that look a bit like bears’, ‘Dolphins with Shark tails’ or ‘vehicles that can’t move.’

I’ve had to nail down exacting specifics and send reference material for the desired context every time. And reference is in abundance. Everything has been done, somewhere and by someone. They’ve already thought about it. Look at what they did. Examine it. Collect it. Then make it your own and better.

So, what’s my point? Well…the job of a good illustrator is to select from an incredibly wide array of choices and find the one that best suits the brief, the client, the composition and their own style. Google is your friend here, as is finding the keywords to get what you need. Browse through some books and try to find what makes a ‘Sun Fish’ look like a ‘Sun Fish’ for example. Have you seen one of those? Google it – it’s quite incredible!

It takes a bit of practise. Get a heap of reference images and collate them all on a digital mood board. Find and distil from all of it the essence of the image you need – be it as simple as an everyday household object (A kettle? Y’know how many different types of kettle there are?!) to something far more complex. (e.g. Combine Harvester, an Apatosaurus, a street scene in 1876 or even a fictional world of toys with evil technogrowth?)

So go digging for that reference and become skilled at unearthing it. It takes a little time, but it’ll save you revisiting work. And you’ll learn some interesting things about, well, whatever it is you’re about to recreate. 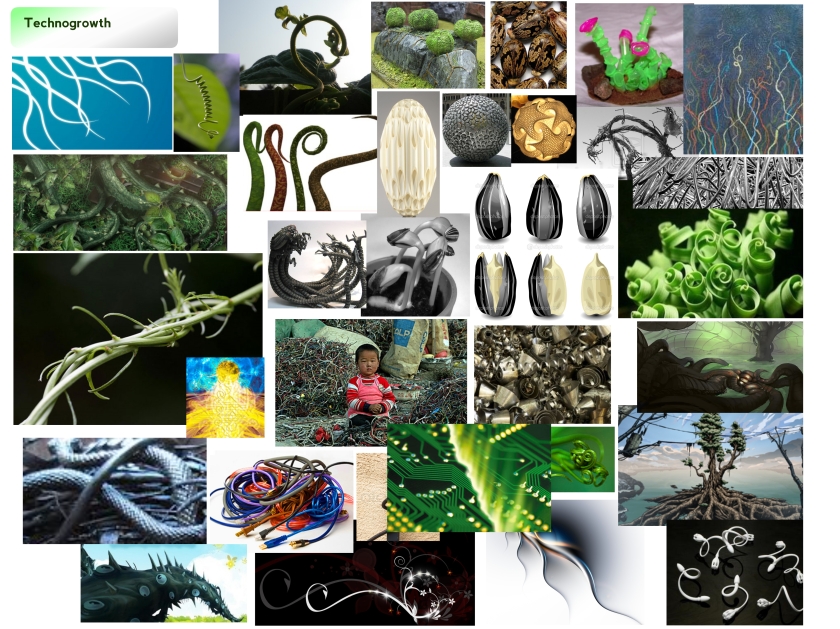 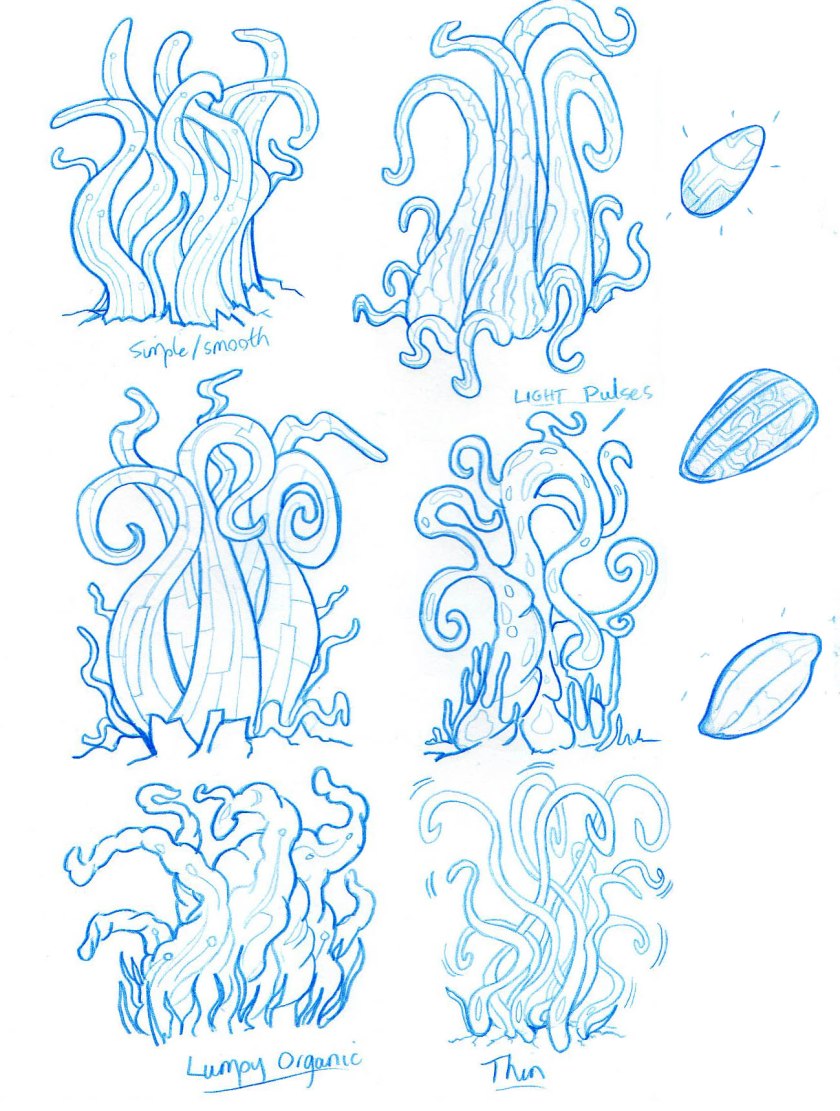 This is a sticky one for me. I once called myself a ‘Graphic Designer’. It used to satisfy most folk in casual conversation, but it’s just not cutting it these days.

I then switched to the more general description, “Designer”, but now that seems to indicate you can do pretty much everything.

Recruiters ask, “Oh, you make websites?” and I say, “Well, no, I wouldn’t touch websites with a barge pole,” and then they may say, “Oh – sort of like UX. How’s your c++, Xcode and html5 skills?” I then give a twisted half smile and shake my head slowly. No. I design games and educational multi media for kids and sometimes grown ups. I also do… no… there’s a lot in there. Lets start with what I don’t do.

Best way to describe it – I do Everything But Code! Is that a title? Can I use that?

So… I animate, design UI’s, create Characters, storyboard, illustrate, do a bit of Game Design, technical art, concept Apps, art for print, and, hey, I even write. Make stuff. It’s a mouthful but not a bad spread of skills, if I may say so, and I do some of them well. Working with a good team makes up for any shortfalls. But when I look at “Design” jobs in LinkedIn or get calls from recruiters, as soon as they hear I don’t code, they go a bit quiet. They’re not sure where I fit.

(If you’re of an artistic bent in either games, multimedia or Apps, be prepared to tick the ‘Other – please specify’ box on forms quite often. )

There are Designers out there who CAN do everything. They’re a rare hybrid and if you’re lucky enough to be one, bless you and all who sail in you. You’re a fortunate and talented individual.

Many of us though, think of ourselves as creative because that’s the space our talents and interests have brought us. Purely visual. And some of the paths you might be steered down with that can be curiously limiting. I fell into a strange, hybrid, educational niche where I learned enough technical knowledge to appreciate what developers/programmers do… and enough savvy to know that although I could code by applying myself, I wouldn’t be particularly good at it.

It’s a part of my brain I don’t enjoy using.

So I don’t. And that’s ok – instead, I can work in tandem with a good programmer and we form a symbiosis. We understand enough about each other to make it all work.

(That said, admittedly I’m prodding at the new Unity 2D engine with some interest.)

To all aspiring designers out there who DO want to work in multimedia or Games, that creative side of your brain is going to need to have a long, difficult chat with the logical side. Whether it wants to or not. The very word ‘Designer’ has become blurred and such a catch all. Game Developers are making Art and Artists are making games. Crossing the lines. The technical constraints on outputting game art are quite stringent.

If you want to get into that field, you’re certainly going to have to broaden your horizons and learn to do things that fall out of your comfort zones. I’m not saying you need to be able to do everything, but budgets are increasingly limited and projects need people who can cross several disciplines. They need to be willing to do whatever they possibly can. Try!

Frankly, if I had the Art budget, I’d hire a kick ass concept artist solely for characters. A Background artist who does breath-taking digital painting. A ninja Animator who makes characters live and breathe. A UI expert who anally polishes every button to an exquisite shine. But I usually can’t. Its usually all on me.

It’s a shame, but that’s where we are in the Start-up/indie environment. I do know some Concept artists who are in California and doing well in AAA games who HAVE massive budgets to go niche with their departments. If that’s solely what you want to do, you may have to target the larger studios and try to forge your own space in a bigger environment.

So to conclude – no, a Designer doesn’t need to be able to do everything. But it helps to have as broad a range of skills as you can. Never stop learning. Try your hand at as much as you can. Keep up with the new.

What is a Designer? Pretty valuable, actually. Get them on board and your game/app/product will look amazing at the end of the day. Don’t underestimate the professional shine a good one can bring. Oh. And if you’re only willing to specialise in one thing…

…then you’d better be absolutely incredible at it! Good luck.